Land of the Free

From Atlantic to Pacific, 50 States it stands proud
Native Indians settled, then Pilgrims and Europeans made a crowd

Columbus discovered the Americas in 1492 so it is told
He sailed for Queen Isabella in search of silver, spices and gold

Boston Tea Party, a tax revolt that started their independence
Wars of 1812, Civil, Pearl Harbor and Korean apparently made sense

A divided race for centuries, Lincoln and Martin Luther King did their best
Equality and happiness continue to put diversity to the test

Oil barrens of Texas, movie stars of Hollywood
The spirit of America, creating dreams of what could 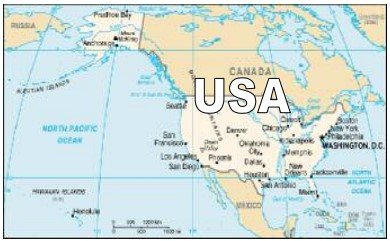 Walt Disney is an icon of fantasy and environments that thrill
Symbols like the flag, Golden Gate Bridge and Capital Hill

Hawaii and Alaska, often forgotten but an integral part
Aloha means welcome, and the north is full of heart

September 11th, the World Trade Center was crushed
A country united, by terrorists that ambushed

Leaders of the world, they’re the nation you would call
The United States of America, has something for one and all.